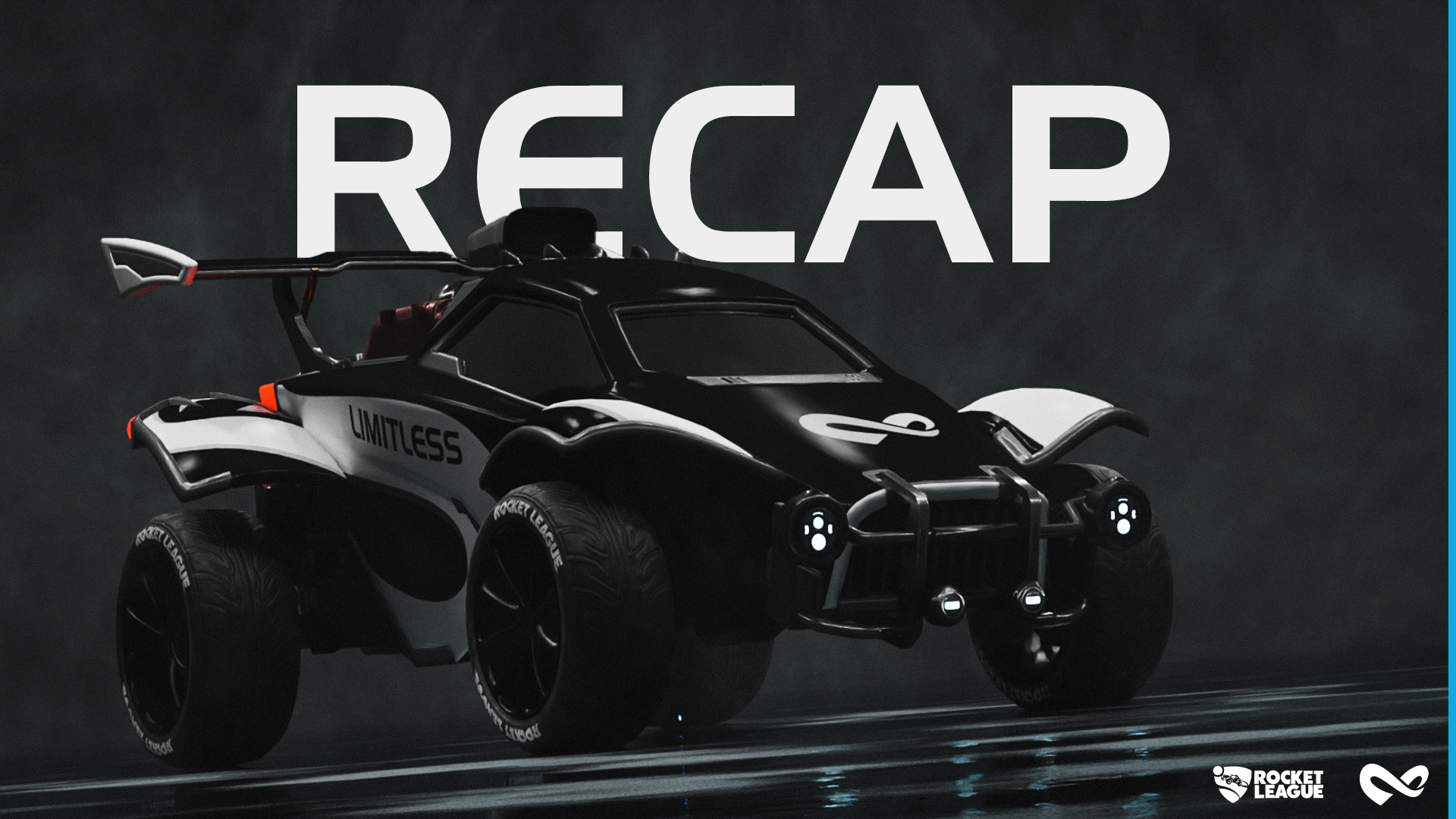 While Limitless’s first foray into Rocket League E-Sports may not have ended in the Cinderella run we were all rooting for, the team showed bright spots, giving us a glimpse into their potential, which truly lives up to the moniker of Limitless

The first day for the open qualifiers was smooth sailing for Limitless as the squad showcased its potent lockdown defense and onslaught of offensive flourishes where anyone can score from anywhere.

The first series against Bandits Gaming saw Limitless sail the ball down the field, never looking back as they took down Bandits 8-1 in the first game and 5-2 in the second.

The defense stayed airtight in the second series as Limitless won two games to zero against the Capybaras with 3-1 and 1-0 victories.

The last series of day one against Genesis is where the team was truly tested as the squad came back from down two with less than a minute left; the final goal coming with no time left on the clock as a rocket of a clear from Nitrous sent the ball deep into the offensive zone of Genesis. A delicately beautiful touch from Beeyu kept the play alive with zeros on the clock and Skillz stepped up to slam it home, sending the game into overtime. Unfortunately, they would go on to lose the game 5-4, but the herculean effort and mental fortitude showcased by the squad was nothing short of astounding to experience.

Limitless would go on to win game two 6-4 before clamping down in game three with a 2-1 victory, as well as another clutch overtime win in game four courtesy of Beeyu slicing and dicing the defense to shreds six seconds into OT. With only one blemish on the nearly spotless run in day one, Limitless punched their ticket to day two with confidence

Day two was more of the same as Limitless began their day winning their opening series against 6-Lit. A scrappy game one left Limitless on the receiving end of a loss to start the day, but that didn’t deter the team as they would go on to win an overtime thriller in game two before losing in overtime in game three. The squad would go on to tally two more wins to take the series.

In their follow-up game, Limitless would sweep Allmid three games to zero in the series, handily taking care of business in game one and two with a respective 3-1 and 4-2 score line. Things got dicier in game three as the two teams shared a stalemate leading to a 0-0 overtime. Luckily good positioning on the opening kick led to Nitrous threading the ball through the thinnest angle possible to give the team another six second overtime win in extras.

Overall, the team continued to show-off the star studded offense, scoring 21 goals in eight games and posting a plus nine score differential, giving them a big confidence boost going into day three.

Unfortunately, day three would see the end of an impressive run from our new squad as a seven game losing streak punctuated a tough afternoon. Luckily, the story of the day is in the score line as Limitless continued to be a brick wall throughout their first two series as their stingy defense kept the squad in every game.

During said seven game skid, Limitless lost each game by only one goal. For even more perspective, three of those seven go-ahead goals came with less than a minute left in regulation. The team was one good bounce or 50/50 ball away from stealing away several games and maybe even a series since they never appeared outright outmatched at any point in the afternoon. The defense stood stout as ever as Limitless didn’t allow more than three goals in nine of their eleven matches on the day. The team looked great, but some minor execution issues in key moments ultimately slowed the squads scoring efforts.

Even though Limitless failed to advance, some key performances prove this squad still has a lot left in the tank. Beeyu busted out the pizzazz several times throughout the day, taking matters into his own hands and dunking several highlight reel worthy goals; Skillz stood on his head several times in the clutch, making some stupendous saves and key clears in big moments; and Nitrous kept the pressure up on both ends of the field, making surgically precise passes and a couple of creative set-ups to help the team battle their way back into several games.

Even though the new Limitless squad may have had an earlier exit than anticipated, there was enough excitement and talent on display to show the future is very bright. No one can start at the top, but these boys can soar to some loft heights when everything clicks.
﻿